Rapscallion Wins at Being Awesome

Finding a great brunch is way easier than finding a winning lottery ticket, but that doesn’t stop me from playing. Every. Damn. Week. And I brunch every Sunday. Every. Damn. Week. You can’t win if you don’t play. But you can’t lose when it comes to Sunday brunch.

We headed off to Rapscallion with a whole mess of #snitchfriends: Dana and Matt and Mark and Kristina. And let me tell ya, it was a winner. Greenville is cool. Just cool. Lowest Greenville is mega cool. So being down there on a beautiful Sunday was perfect. Reservations are recommended because this place gets full FAST. Great patio but a little small – so if you’re going to sit outdoors, you definitely want to get there early.

The bar is outrageous. They must have had 500 bottles of “get in my mouth” refreshing up there. So call your liquor if you want – they got you covered. The inside of the restaurant is bright and cheery – and just so you’re aware – has a little bit of hipster thrown in. I’m not saying that my water carafe was an old bottle, but it was. Not that there’s anything wrong with that. At least it wasn’t a mason jar. Amiright??

Since we can’t even give a function without something in our bellies, we started out with Gammy’s Monkey Bread on recommendation from our awesome server. And, of course, we grabbed our Sunday Staples….black coffee, mimosas and Bloody Marys.

We also ventured into specialty cocktail territory with their “Bardstown Breakfast” which is Maker’s Mark, vanilla, maple and apple bitters. #Snitchfriend Matt said it was like drinking sunshine. He made us all to try it. And to be honest, he didn’t have to try that hard. You should get this when you come out.

The Monkey Bread was pretty dang good – it’s baked in a cast iron skillet, so there are tons of crispy edges. SOUTHERN BONUS: they drench this sweet bread in cinnamon sorghum and then top it with candied pecans. Sorghum. That’s just fun to say. Say it with me “Sorghum.”

They also had something called “Cinnamon Toast Punch” which is basically milk with bourbon and some crushed up Cinnamon Toast on top. We didn’t try this, but the table NEXT to us did. They seemed to like it. SO if you like cereal milk – this could be for you.

What did we order?
We tore this menu up! Ok, not literally. That would be destruction of property. And we aren’t heathens. But figuratively we tore it up. They have a small brunch menu, but a ton of different things. We got the Spicy Chicken Biscuit. And they actually mean it when they say “Spicy.” It’s a crispy crispy chicken thigh – which was super moist and flavorful – and they drench it in a honey-mala sauce, slap a couple shaved pickles on top and then sandwich that bad boy between two fluffy buttermilk biscuits. #sogood #sogood

#SnitchMainSqueeze Chris got the THE BIG BISCUIT. No seriously, that’s the name of the dish. And yes, it has a BIG biscuit on it. What was magical about this dish was the freakin’ symmetry. Two house sausage patties and two sunny eggs all placed perfectly. And you can’t go wrong when something is covered in smoked pork gravy. Oh this was so freakin’ right.

Then we got fancy
We ventured in dishes that included the letters Q and Z. When you do that, you know you’re getting fancy. We got the Chorizo Quiche – which are excellent words if you’re playing Scrabble, and EXCELLENT dishes to try at Rapscallion. It’s all sorts of colorful with white cheddar, smoked tomato, peppers, spinach and avocado – BOOM! The egg was perfect – firm but not too firm – because no one like a spongy quiche. Spongy. I do not like saying that word. Let’s not say it again.

We also got the Duck Confit Hash. Which #Snitchfriend Matt got the D and the F switched around – which makes it a NSFW kind of dish. But we figured it was the second Bardstown Beverage kicking in. Luckily, the server totally gets us and our Sunday crazy speak. This was pretty tasty – let me lay this out for you: poached duck egg, sweet potatoes, onions, peppers,  and…wait for it…..duck fat hollandaise sauce. What? What? Oh you heard me. They also throw in some greens for texture. #winning

Check out Rapscallion for an amazing brunch and some excellent people watching. Also, there’s a Trader Joe’s right next to it. You know you want to buy some of that Cookie Butter…and a couple of lottery tickets. Because you can’t win if you don’t play. Just remember to drop me a few bucks if you win. You know, a little something something for the effort. 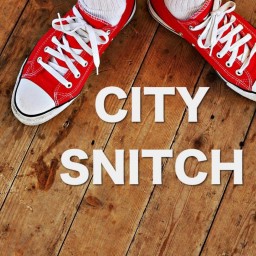